Urban Pest controller Owen Stobart recently revealed to The Project a rat infestation is taking over Auckland. Now he has revealed where you might find the most rats and which ones you're likely to come across.

OPINION: Is Auckland infested with Rats? 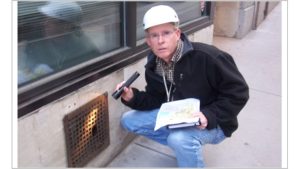 You will have heard the saying, "You're never far from a rat.."

Really? It sounds like sensational c**p - a beat-up as such. Which begs the question where are the rats? And where in Auckland?

When people talk to me about rats they always say, I know that the New York Subways are infested with rats. Perhaps they are mixing up the Hollywood movies involving Ninja Turtles and their rat master who live in the subways and ate pizza? While it is true rats enjoy pizza, if you ask Dr Bobby Corrigan the world-leading expert on urban rodents, he will tell you the rats are mostly never in the subways. He will say why would they go down there? Dr Corrigan will show you that in fact, they are not far from their food source in Manhattan Island. Unsold food from the numerous restaurants is conveniently stashed for collection on the walkway in plastic bags.

So yeah, walk on the footpath in New York and you are not far from a rat, in fact, thousands of rats. 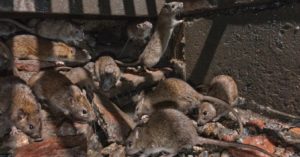 NZ rats "Only in America..." I hear you say underneath your breath. True, the sewer rat isn't the most common rat in New Zealand cities. So what type of rat lives in Auckland?

We must stand back a moment and understand that Auckland is a temperate city that is much warmer than New York (on average). Temperate environments suit another type of rat, the roof rat. Also called the black rat or ship rat - this is the most common rat in Auckland. The roof rat should really be called the climbing rat. Originally it was found in trees, but when humans built nice warm and dry houses next to the trees, they thought, 'you know I might move in, why not?' They are commonly found in attic spaces, but also walls and under houses too. They are extremely shy and will do anything to avoid you, unlike their New York cousins who are gregarious; mistakenly thinking you want to meet them. So you stand in your house and think this is nonsense, there's no rat here. Are you sure? In fact there could be roof rats in the ceiling, walls or under the house. Pop your attic manhole and check if there is any rat dirt. Is the insulation damaged, or is there a smell of urine? Check under your house and look on top of the PVC pipes. Are those small paw prints in the dust on top of the pipes? Yup, that could be rats passing by under your house in the night while you sleep.

These are uncommon in Auckland but are still present occasionally. Commonly you will see holes in your lawns or the holes around the edges of your concrete paths. As these rats live in burrows underground, they sometimes abandon these burrows, and the burrows collapse. This results in a circular depression in your lawn. If you stand on the ground above the burrow, it feels spongy. Or commonly you will see holes around the compost bin. These rats are poor climbers and are mostly never found in a ceiling space, but if you have them on your property they can happily live under your house.

Areas of Auckland with rats

So which suburbs are rat infested in Auckland? Let's be practical about this, look out your windows. Do you see lots of trees and bushes? A beautiful setting like a country resort? Or rolling fields of grass-laden land? Well, you have decided to move into the rats' area. They were there first, and they will be there when you leave. Pest controllers call the bush and trees harborage, the rats just call it home. What about the city sewers I hear you ask? Having spoken to some technicians that work in the sewer/stormwater systems, they inform me that they rarely see rats. Large American cockroaches but rats infrequently. Established rat populations are often in the older suburbs in Auckland, because when they arrived with the early settlers this was where their food was. These established populations of rats continue today. The irony of this situation is that often these suburbs are the most expensive in Auckland.

YOU ARE NEVER FAR FROM A RAT

The most common rat in Auckland, the roof rat is mostly evenly distributed throughout Auckland city area.

And in my experience, as you read this article, you are not far from a rat.
← Rat SURGE, stop the home INVASIONWHY SO FLY? →