There are two types of pest Spiders in Auckland. Firstly the orb ( web spinning) spiders.  The second is the wandering spiders e.g. white tails. These spiders do not build webs and wander around looking for food. White tails are unusual in that they feed on other spiders. So if you have lots of orb spiders, you will have white tails spiders too.

Something common to all 40,000 species of spiders is that they all spin silk. And as spiders have evolved, so has their ability to work with silk. One spider can produce up to seven different types, each used for a different purpose such as spinning webs or capturing prey.

2/ One species is mostly vegetarian

It was thought that all spiders were carnivorous, capturing and eating other insects, but one species in Central America has been found to be mostly herbivorous! Bagheera kiplingi inhabit trees that produce protein-rich buds on their leaves. These buds are part of a symbiotic relationship between the trees and ants, but B. kiplingi also benefit from consuming the buds. However, during dry seasons these spiders are known to be carnivorous. They may cannibalize each other or steal ant larvae when food is scarce.

Most spiders have eight eyes, but some, like the brown recluse spider, only have six. Spiders typically have a main set that can create images while the secondary sets can only detect light and shadow. It is thought that the secondary sets of eyes are derived from the compound eyes of a common ancestor to both spiders and insects.

But even with all of those eyes, spiders cannot see far into the distance. Nearsightedness is a problem for people, but the habits of spiders are such that being nearsighted isn't a deficiency. They wait for prey to get caught in their webs and use silk trip wires to warn of approaching predators.

These eggs are housed in one or more silk sacs. The level of care a female spider provides for her young varies by species. Some females will die shortly after laying eggs while others will carry spiderlings on their backs or share prey with them.

5/ Jumping spiders can jump up to 50x their own length

When hunting or trying to escape a predator, jumping spiders are able to make very agile movements and jump multiple times their body length. This is possible due to an internal hydraulic system. Jumping spiders can alter the pressure of fluids in their legs resulting in a springing motion that propels the spiders forward.

The nickname 'daddy long-legs' has been given to several different pests, only one of which is an actual spider. Crane flies, harvestmen and cellar spiders are all colloquially identified as 'daddy long-legs.' Only cellar spiders are spiders. Harvestmen are in the arachnid family, but they lack venom and silk glands. Crane flies are agricultural pests with very long legs and the ability to fly. 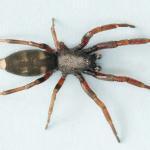 STEP BY STEP,  we make it hard for spiders to come back to your place. The first thing we do to identify where the spiders are around your home.

We do a number of things in a spider treatment depending on the type of spider and your situation. These may include

We ask our customers to leave spider webs up for seven days. This  allows any spiders we may have missed to get exposed to the chemicals. We then ask them to use a broom to remove the webs.

PEST CONTROL AUCKLAND SPIDER SPRAYS HOW LONG DO THEY TAKE?

The time taken depends on the size of the house and level of spider infestation. An average time is 40-60 minutes to complete a job.

Typically we have a 2-3 three hour stand down period for a spider treatment.

Our customers ask us for pest control treatments that are child safe, baby safe and pet safe. We use products for spiders that very low toxicity too people their children and their pets.

SPIDER TREATMENTS AUCKLAND HOW LONG DO THEY LAST?

We use the best products on the market for our customers. These are the original chemicals from reputable companies who researched and discovered them. We find these work better in our hands than generic copies.

Customer reviews are a great way to see what people are saying about a service or product. Our 220+ Google reviews are all REAL | RECENT | LOCAL   If you choose ACES we will ask you to review us too!

Prices range depending on the size and location of the house or business.

Mostly people don't like to do DIY pest control for spiders are they don't like spiders. Which is fair enough.

We know where the different types of spiders hang out and can deal to them for you.

"Quick response and friendly to deal with.  We got Aces in to deal with spiders around the house.  On arrival ACES Pest Control also noticed a couple of wasp nests that we had not even seen so he also removed these."