Baiting possums runs the risk of them dying inside your house. This could render your house unlivable. When a possum dies in the wall or attic of a house  it's a DISASTER.

DO NOT use bait to treat possums inside a house or business! 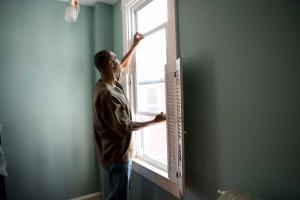 Allan specializes in live trapping animals  and is a possum trapping expert.

He will trap the possum unharmed, then take it away off site and humanely dispose of it

The common brushtail possum, Trichosurus vulpecula, was first introduced to New Zealand from Australia in 1837 to establish a fur trade. This release was unsuccessful and a second release 20 years later at the same Southland location was required for them to establish.

The possum has a thick, bushy tail, thick body fur, a pointed snout and large, pointed ears. There are two colour forms of the species - grey and black, with many variations in appearance. Possums can walk, jump and bound and its prehensile tail helps it move around tree branches.

The size and weight of possums varies across New Zealand. Typically, adult possums are 65 to 95 cm long and weigh 1.5 to 5 kg.

Possums are nocturnal and can live anywhere where there is shelter and a varied food supply. They are now widespread across most of New Zealand. The main habitat is forest, and possum densities can be particularly high in podocarp-broadleaf forests. Margins where forest meets pasture are also popular habitat and support very dense populations.

Possums have a significant impact on many of New Zealand’s natural ecosystems. They occur in high numbers and their own predators, such as feral cats, do not have much effect on controlling possum population size.

Leaves are the main part of their diet, but possums are opportunistic omnivores. They eat buds, flowers, fruit/berries and nectar, which means they compete with native birds and reptiles for food sources. The growth and life-cycle of a tree or plant is significantly affected when all parts of it are eaten. Possums also have ‘favorites’ such as rātā or kamahi trees, leading to an even greater impact on these species.

In 1993, possums were filmed eating the eggs and chicks of kokako and this evidence changed many people’s views of their threat to wildlife. They eat invertebrates, including Weta, and are significant predators of New Zealand land snails such as Powelliphanta. They often occupy holes in tree trunks for their nests which would otherwise be used by nesting birds such as kakariki and saddlebacks.

Dairy and deer farmers have the added worry of possums spreading bovine tuberculosis. The value of economic loss in primary production for damage and control of possums is in the tens of millions.