Urban myths have their root in history where a saying or myth is created to prevent harm to people even though the myth is untrue. An example of this would be walking under a ladder brings bad luck. Before modern day ACC or Accident Compensation Corporation it was probably observed that when someone walked under a ladder with someone on it, the ladder could be accidentally be kicked out resulting in harm and injury. So to make people avoid causing accidents the myth its bad luck to walk under a ladder was developed.

But what about Pest Control are there such myths that have sprung up either to help protect the people or just because the masses have got the wrong the end of the stick in general?

Mice chew water pipes because they are thirsty 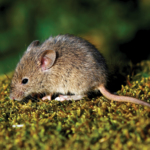 A MASSIVE FLOOD in a house can be serious in terms of damage. Suddenly your entire house and/or roof is flooded with water. This as a mains pressure pipe suddenly develops a leak. $1000s of dollars of damage and a serious inconvenience.

Imagine for a moment, you are a detective investigating this crime. The initial evidence is a major flood. And significant damage to the house and possessions. But what caused this? You have a credible witness, the homeowner, who has seen the small furry perpetrators running around the house before the “said crime” happened. Further we have the plumber who is impartial and has been called in. The plumber holds up a piece of plastic pipe he’s replaced with fine tooth marks in the plastic. 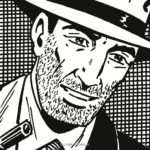 As you examine the evidence, while the plumber adds, “see mice have chewed the pipes because they were thirsty” as he points to teeth marks next to hole in the pipe.

It’s an open and shut case, enough evidence to put these little furry criminals behind bars for good. You muse, these furry vermin are going away for a long time. 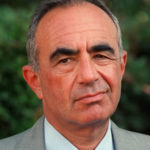 Enter stage right the mice's fancy attorney.
I guess the fancy attorney would have a flash white cream suit, who would nod with his slicked back hair, then hold his finger up. Having got everyone’s attention he would say, " yes I concede the mice were at the scene of the crime, the evidence seems to point to this, BUT mice don’t drink water….” The fancy lawyer waits for his comment to sink in, he lets his words linger in the air.

Yes the mice caused the leak by chewing the pipe, but not for the reason the plumber stated. That’s a myth. Mice get their moisture from their food and don’t drink water as such.
The mice were as surprised as the owner when water spurted out of the pipe. Bit of bad luck they decided to chew a mains pressure pipe.
Mice are rodents and have desire to chew to wear down their prominent front teeth. The plastic water pipes are just something soft and pleasant to chew on. The flood was an unintended accident.

The case of mice chewing pipes because they are thirsty is a myth. BUSTED

Maggots on ceiling in kitchen are from a dead rat!?!?

The caller on the other end of the phone is clearly upset. 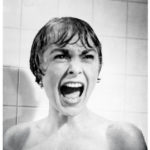 Their voice is high pitched and their words are spoken fast. In a panicked voice they almost yell, "you have to come quickly!!! There’s a dead rat in the ceiling above the kitchen!!!”
" Why?" I ask calmly.

Almost shouting the person on the other end of the phone "BECAUSE THERE ARE 1000S OF MAGGOTS ON THE CEILING OF MY KITCHEN!!!"

Ignoring the persons hysteria I ask if there is any bad smell  by chance?
The hysterical person pauses for a moment to think, "actually no" they say
Maggots on the ceiling are from a dead rat is a Myth.
Fly maggots cant climb as they don’t have legs.
Those maggots hanging up there on the ceiling are not from flies.
I tell the hysterical caller these are pantry moth larvae or maggots and then ask if they have seen small moths flying around at night.
Another pause, and then they concede they have
"Pantry moth" I tell the caller " you have Pantry Moth"  who despite calming down is still not ready to concede they have been the victim of a pest myth and not a dead rat.

Maggots that climb on a ceiling are not from flies/dead rats. Myth BUSTED 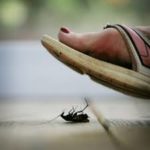 Stand on the cockroach, SMASH IT and you’ll kill it and all its young
The Myth comes from the fact that cockroaches have a survival mechanism. The female cockroach keeps babies ( not eggs) in a slay like container  (ootheca) that it drags around behind her. The mechanism is when she is stressed or near death, (perhaps you have just sprayed her with fly spray) , she flicks the slay away. The young survive the adult female does not. The end result is there are up to 40 more small cockroaches for the one that was sprayed. Stressing a female cockroach out will result in more cockroaches. Standing on one will result in all of them dying.
So next time you feel compelled to stand on a cockroach don’t hold back STOMP away.

Cockroaches will survive a Nuclear blast 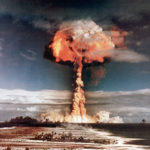 The Myth is that while the humans get fried by nuclear blast the cockroaches survive
At ground Zero of a A bomb all that is going to be left of a cockroach is black oval smear of carbon.
That a myth. Cockroaches are living flesh like humans and the energy from a nuclear blast is going to vaporize them too. This being the case I wouldn’t recommend an A bomb for pest control. It seems a bit of over kill, to crown a phrase.

What about the ensuing radiation? They can survive this right?
Well actually they cope better with radiation than humans.
Cockroaches  can survive 10 x levels of radiation * we can . But not just cockroaches other Arthropods too such as scorpions.
Also, because cockroaches have a preference to hide under or in things is thought to give it protection from the ensuing high levels away from the initial blast.
This combined with their high and fast reproductive rate would mean they would  repopulate the earth quicker than humans.

This myth is busted- sort of.

*The Discovery Channel's Mythbusters show examined this widely-repeated claim in Episode 97, which aired on Jan. 30, 2008