Pest control Auckland rats, many homes require rat extermination. The saying goes, "you are never far from a rat".

Rats may be scary in your home, but did you know their teeth never stop growing and that they laugh? They're even revered in some cultures. Learn more about rats.

Unless you have one as a pet, the rat probably isn’t your favorite animal. In fact, many people shudder and cringe at the thought of rats being anywhere near their homes or office buildings.

In spite of their bad reputations, rats are pretty interesting creatures. Still skeptical? Check out the following 10 facts about rats.

Believe it or not, rats could give Michael Phelps a run for his money. Certain types of rats can tread water for up to three days and hold their breath for three minutes. Additionally, some species can swim over a mile. And the stories about rats popping up in toilets is no urban legend. They can easily make their way up your pipes. This happens in Auckland NZ infrequently.

2. Rats Are Revered in Some Cultures

A temple dedicated to Hindu goddess Karni Mata in northwest India is home to more than 15,000 rats. These rodents are worshipped and protected, and human devotees of the temple believe that when they die, they will be reincarnated as rats.

3. Their Tails Keep Them Cool

Rats don’t sweat like humans, nor do they pant to relieve the heat like a dog. Rather, rats control their body temperature by expanding and contracting the blood vessels in their tails.

Rats are known for gnawing on things, and with good reason. Their teeth can grow up to 5 inches per year. They have to chew on things to wear them down. In addition to wood, rats can also gnaw through lead, cinder blocks and aluminum sheeting.

5. There Are Many Different Types of Rats

Most people have heard of Norway rats (brown rats)and roof rats (black rats). However, what many people don’t know is that there are 56 known species of rats in the world.

6. Some Rats Get Pretty Big

True there are some big rats out there rummaging through garbage cans, but the types of rats most people are used to seeing are small compared to some of their more massive rodent relatives. The Sumatran bamboo rat, for example, can weigh up to 8.8 pounds and measure 20 inches in total length. That’s the size of a small housecat. While not as heavy at 3 pounds, the Gambian pouched rat can measure as long as 3 feet from nose to tail.

One of the facts about rats that most people are familiar with is that they can breed quickly. A female rat can reproduce every three weeks or so. And when she gives birth, the litter typically contains six to 10 pups. These pups become sexually mature when they’re three to four months old, meaning they can begin spawning their own broods.

Most types of rats live in communities, in which they groom each other, sleep together and even play. However, they are territorial, so they can turn aggressive toward unfamiliar rats. A group of rats is called a “mischief.”

Yes. One of the most well-known facts about rats is that they can carry pathogens that spread diseases that can affect humans. According to the Centers for Disease Control and Prevention (CDC), rats and mice can spread over 35 diseases. They’re even responsible for an outbreak of monkey pox in 2003.

When rats play, they experience what researcher Jaak Panksepp calls a type of “social-joy.” The result? They laugh, albeit not a hearty chuckle like you’d hear from a human. Instead, they emit a high-pitched chirping noise.

Now that you know these facts about rats, you can see why some people might keep them as pets. Nonetheless, that doesn’t mean you ever want to encounter a wild rat in your house or workplace. That’s why it’s important to know how to keep rats away. 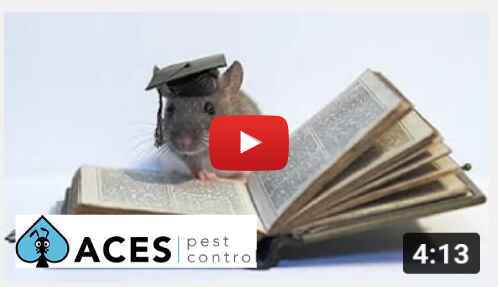 Rat extermination in Auckland. We  base our work on inspection. Once we understand how your pest rodents and your home or business goes together we form a plan. The plan will always exclude you, your family and your pets from the controls.

In 2016 we attended the NPMA meeting in the USA  and completed Dr Bobby Corrigans RODENT ACADEMY course.

When using controls for rats we always exclude you, your family and your pets. This may include using the controls in an excluded area or in locked stations that only rats can access.

PEST CONTROL AUCKLAND RATS HOW LONG DOES IT TAKE?

Times for rat extermination vary depending on the home or business. An average time for a home is 40 minutes including our inspection.

Before we do anything we access your situation through inspection. We then make sure that you, your family and pets are excluded from any control we use.

HOW LONG DOES THE RAT TREATMENT LAST?

We get a result within two weeks. Some  professional grade baits products we use can last for many months ( if uneaten) inside locked stations. It is best to check stations every three months .

DOES DIY WORK FOR RATS?

We follow on from people that have tried DIY and it hasn't worked. One of the  reasons is a lack of experience of the average punter. Without a trained eye they can not see the key areas that rats trust to place the controls. Secondly that rats are really smart and modify their approach for every house. Lastly the DIY controls are not very effective. The end result of these three factors is wasted money and no change to your rat issue.

Reviews can be a useful in finding out what people think of a service or product. At ACES pest control  we have 200+ Google reviews that are all  REAL | RECENT | LOCAL .  We will invite you to review our service too.

Get you mates or neigbours together and we can give you a discount off our normal prices. Please note that the treatments should be in similar areas and at similar times.

"We had Godzilla sized rats thumping around in our ceiling at night.  Aces were very prompt, informative, and managed to get control of the rats who had evidently taken up residence.  They come highly recommended, I'm sure they will solve any pest problems with equal efficiency."